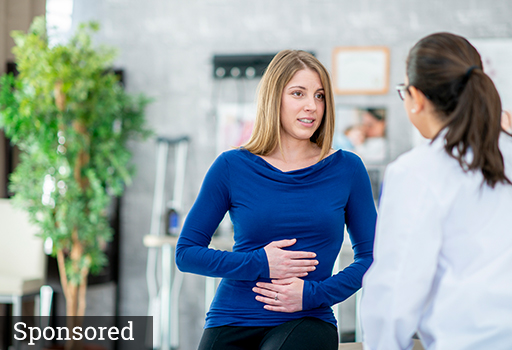 Patients often present in the pharmacy with ear problems, so how can pharmacists advise on what they should and shouldn’t be doing?

On International Noise Awareness Day earlier this year, national charity Action on Hearing Loss offered people tips on how to protect themselves from exposure to loud noise. With more and more people listening to amplified music through headphones, the charity says it is essential that everyone is aware of how to protect their hearing and avoid ear damage.

“There are around 11 million people in the UK with some form of hearing loss and around one in 10 adults in the UK with tinnitus,” says Gemma Twitchen, senior audiologist at the charity. “Exposure to loud noise, such as on a night out or from your personal music player, can affect the hair cells in ears, like the way a fresh patch of grass is affected by someone trampling over it. The grass will stand upright and tall for a time. However, if people continue to trample over it, it will become flat – much like the hair cells in your ears.”

The charity offers tips on ear protection, such as wearing earplugs to noisy places, investing in noise-cancelling headphones and taking ‘noise breaks’ at a club or gig. But protecting the ears also means giving  them daily care and attention, as well as looking at what people are putting inside them – and this is an area where pharmacists can provide sensible advice.

Earwax plays a vital role in maintaining good ear health and is produced inside the ears to keep them clean and free of germs. It usually falls out of the ears on its own, but sometimes too much earwax can build up and cause a blockage, leading to earache, hearing loss, tinnitus, itching, dizziness or an infection. One in five people suffers from excessive earwax regularly and over 70% suffer occasionally. Factors that
can increase the risk of earwax problems include using hearing aids, earplugs and anything that goes inside the ear, ageing (as earwax becomes drier with age) and having narrow or hairy ear canals. Recent research from Earex revealed that, despite recommendations from the National Institute for Health and Care Excellence (NICE), an alarming number of people continue to use cotton buds to remove wax from their ears. Over three- quarters of people regularly use cotton buds to clean their ears, and one in five (22%) are guilty of the habit up to 14 times per week.

“Cleaning the ears with cotton buds can feel very satisfying,” says Dr Roger Henderson, GP and Earex spokesman. “However, in doing so, you can very easily damage your ears by pushing the wax
even further into the ear canal, causing it to become compacted, which can result in more concerning problems, such as hearing loss, tinnitus and vertigo. The golden rule is that you should never put anything smaller than your elbow in your ear. Your ears are very sensitive so when you put anything inside you are at risk of damaging its sensitive lining.”

The NHS Choices website directs patients with excessive earwax to their local pharmacy for advice and over-the-counter (OTC) treatments. Pharmacy products dissolve existing wax and also keep the wax soft, to reduce the risk of further problems. But if a customer’s ears are very blocked, they should see their GP or practice nurse – some surgeries will remove earwax with irrigation or microsuction.

In the long term, Dr Henderson advises that ear drops offer the best answer for effective wax management. “I’d like to encourage people to swap the cotton buds for ear drops, which offer a much more effective way to manage earwax,” he says. “A product such as Earex Advance Ear Drops is an example. Its dual action formula contains glycerol to gently soften earwax and urea peroxide, which releases oxygen to break up and disperse hardened earwax deposits – without the need to use cotton buds or syringing.”

Outer ear infections are another common problem, with around one in every 100 people in the UK experiencing an infection each year. Otitis externa, inflammation of the outer ear, is also known as swimmer’s ear. While middle and inner ear infections can’t be managed in the pharmacy setting, mild cases of otitis externa may be treated with pharmacy products. Symptoms include itching, pain or discomfort in the ear canal, a watery discharge and dry flaky skin.

Otitis externa may be caused by getting water, shampoo or soap into the ear canal, which then causes irritation. Swimming is a common trigger, especially stagnant water, but any damage to the ear canal can trigger the symptoms.

Customers may use cotton buds to keep their ears dry, but this can do more harm than good. Scratching the lining of the ear with an ear bud or poking a finger inside the ear can lead to inflammation and a risk of infection. It can also aggravate skin problems, such as eczema or psoriasis, inside the ear.

“If you’ve got a clean ear canal and then you put something inside your ear, you are at risk of causing damage,” says Dr Henderson. “Another problem with cotton buds is that cheaper ones often lead to the bud being left behind in the ear. This can lead to additional problems. With a huge percentage of Brits using cotton buds in the ears, it’s time to bin the bud and choose an effective ear drop to manage wax.”

Pharmacy customers can buy acidic ear drops or an ear spray over the counter for mild outer ear infections. If the symptoms persist, however, they will need to speak to their GP, as they may need antibiotic, antifungal or steroid ear drops, or a combination product containing all three. Severe cases require oral antibiotics or antifungals. Customers may also need to have their ear cleaned out by a healthcare professional before using ear drops. A gauze (or wick) soaked in ear drops or ointment gently pushed inside the ear may help to get the medicine to the whole ear canal if it is very swollen.

According to the Hearing Loss and Healthy Ageing guide published by The Ear Foundation in October 2017, over nine million people in England, around one in six, are living with some form of hearing loss. The single biggest cause is ageing, but hearing loss can affect younger people too. Ear drums are particularly sensitive to high noise volumes at music concerts and sporting events – and when operating loud machinery. According to research commissioned by Oticon – creator of Opn, the world’s first internet-connected hearing aid – four in 10 UK adults unknowingly endanger their hearing on a daily basis and one third don’t take any precautions to protect it when exposed to loud volumes.

Customers should be advised to use noise-cancelling earphones or headphones, rather than just turning up the volume up to cover up outside noise. But while using headphones with a high volume for a long period of time can lead to damage, using earbuds (which go inside the ear) can also cause issues such as impacted wax, inflammation or an infection.

A recent survey by Earex found that extensive ear plug and earbud wearing can prevent wax from falling out naturally, pushing it deeper into the ear canal. In just one hour of wearing headphones, the number of bacteria in the ears increased by 700 times.

“Compared to around 10 years ago, you see a lot of younger people being affected by ear problems,” says Dr Henderson. “The majority of these patients tend to be heavy ear bud users and they often haven’t
thought about earwax. They will come in with muffled hearing, ear discomfort or ear irritation and often state they have an ear infection when they haven’t. They usually have completely normal stereo ears that are just completely blocked with earwax.”

If younger customers are experiencing problems with earwax, the easiest change is to opt for over-ear headphones to help their ears clear wax naturally. Additionally, people shouldn’t be sharing earphones or headphones. If they need to, they should wash the earphone buds after each use, using some antibacterial wipes.