Endometriosis is as common in women as diabetes, but diagnosis can take years, so helping spot the condition can make a huge difference to their lives

Endometriosis affects one in 10 women of reproductive age, which means there are around 1.5 million women in the UK currently living with the chronic and debilitating condition – the same number as diagnosed with diabetes. 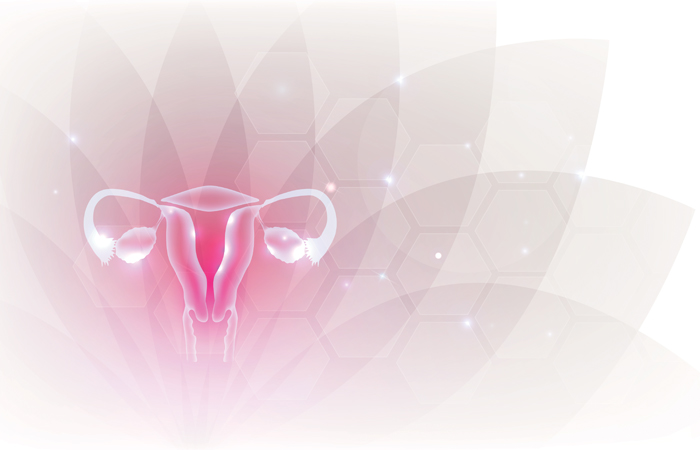 Despite being so common the average diagnosis time is 7.5 years, leaving many women struggling to cope with the resulting painful or heavy periods and negative impact on their quality of life. In addition to the challenge of living with the pain of endometriosis, having a physical illness such as this significantly increases the chances of having poor mental health.

A recent study conducted by the BBC has revealed the devastating impact that endometriosis has on women’s lives in the UK. Of the 13,500 women who took part:

“These figures are a stark reminder that physical and mental health are not felt separately”, says Sarah Hughes, chief executive of the Centre for Mental Health. “Health services need to wake up to the hidden and unspoken emotional pain too many women experience without the help they need to manage such a poorly understood and distressing condition.”

With this in mind, charity Endometriosis UK is calling on the Government to ensure that the NHS acknowledges the scale of endometriosis and plans services to support all those who need it, as well as investing in research to find the cause of the disease, better treatment and management options, and a cure.

The All-Party Parliamentary Group (APPG) for Endometriosis has committed to launching and overseeing an inquiry into endometriosis. Anna Turley MP, a member of the APPG for Endometriosis, says the data gave “millions of affected women a voice” and the APPG would be calling on the Government to act.

Pharmacy teams have a vital role in supporting and advising customers with endometriosis, as well as helping them receive a prompt diagnosis. But this means pharmacy staff need to be alert to signs of the symptoms (see panel overleaf).

This can be challenging because although period problems are very common, many women do not feel confident talking about them, either because they do not realise their experience is not normal, or because they are embarrassed to raise the issue.

“All too often, women are told their pain is ‘normal’ or ‘in their head’,” says Faye Farthing, campaigns manager at Endometriosis UK. “An understanding of endometriosis amongst pharmacy teams is vital as it means people with the condition receive the respect, dignity and knowledge that they deserve. Pharmacy teams could also promote and raise awareness of the symptoms of the condition in their [stores] so more people become aware of this condition that affects one in 10 women from puberty to menopause.”

If a customer thinks they may have endometriosis, the first step is for them to book an appointment with their GP. As the symptoms of endometriosis are also characteristic of other conditions, it is difficult to diagnose and so the more information they can provide to their doctor the better. For example, endometriosis usually causes cyclical problems and so advice from the Royal College of GPs is for women to record their pain levels and symptoms in a menstrual diary, which can be handwritten or templates can be found online or in an app.

Despite being so common the average diagnosis time is 7.5 years

The only definitive way to diagnose endometriosis is by a laparoscopy. This is an operation in which a camera (a laparoscope) is inserted into the pelvis via a small cut near the navel. This allows the surgeon to see the pelvic organs and any endometrial implants and cysts. Occasionally, diagnosis is made during a laparotomy – a major operation, which involves opening the abdomen with a larger incision.

The good news is that there are ways of managing endometriosis and its symptoms. Types of treatment depend on the woman’s age, and whether she is trying to conceive, and include:

Surgery to alleviate pain by removing the endometriosis, dividing adhesions or removing cysts
Hormone treatment to block or reduce the production of oestrogen in the body. This means the endometriosis will be unable to continue growing and will help to relieve symptoms
Pain management.
While some people believe complementary therapies such as acupuncture, homeopathy and herbal medicine can help tackle endometriosis, there is a lack of evidence to recommend them. Signposting women to self-help groups can be useful to help sufferers improve their symptoms.

There are also some myths that exist about treatment that pharmacy staff can dispel for customers. For starters, pregnancy or hysterectomy is not a cure for endometriosis. In addition, as endometriosis affects women differently the treatment options that have worked for someone a customer knows may not necessarily be right for them. Similarly, just because they may have tried one option that didn’t work, it doesn’t mean something else won’t be a success. Finally, customers can be reassured that endometriosis is not caused by something they have done wrong – it is not an infection, it is not contagious, and it is not cancer. 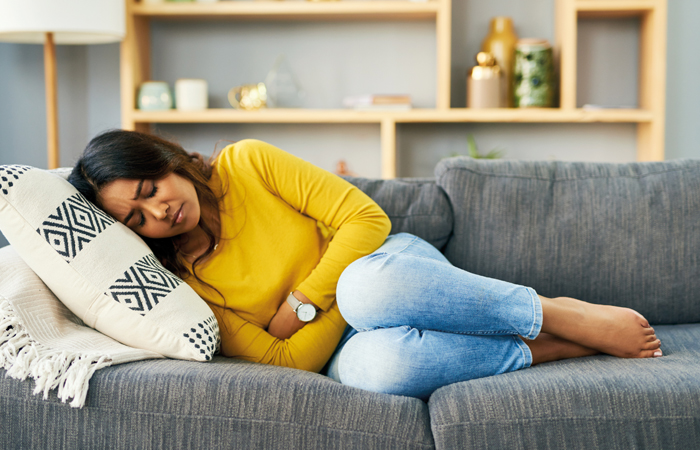 There is an association between infertility and endometriosis but, according to charity Endometriosis UK, the cause has not been fully established.

Minimal to mild endometriosis is common and it is far more likely that women will have no difficulty conceiving naturally. With increasing severity of endometriosis, scar tissue (adhesions) becomes more common and the chance of natural conception decreases because scar tissue distorts the pelvic anatomy.

Endometriosis can cause delays in getting pregnant, but once a woman is pregnant, their pregnancy is expected to be no different from normal. In general, pain improves, but may return after giving birth as periods return.

According to research from Endometriosis UK:

Endometriosis is a chronic and debilitating condition that causes painful or heavy periods and may also lead to infertility, fatigue, and bowel and bladder problems. It can affect all women and girls of a childbearing age, regardless of race or ethnicity, and research has yet to find a proven cause.

Every month a woman’s body releases hormones, which cause the lining of the womb to thicken in preparation for a fertilised egg. If pregnancy does not occur, this lining will break down and is released from the body as a period.

Endometriosis cells react in the same way – except that they are located outside the womb. During the monthly cycle hormones stimulate the endometriosis, causing it to grow, then break down and bleed. This internal bleeding, unlike a period, has no way of leaving the body. This leads to inflammation, pain, and the formation of scar tissue, known as adhesions.

Endometriosis is most commonly found inside the pelvis, around the ovaries, the fallopian tubes, on the outside of the womb or the ligaments that hold the womb in place, or the area between the rectum and womb called the pouch of Douglas. It can also be found in the ovaries, on the bowel, bladder, intestines, vagina and rectum. Endometrial tissue can also grow in the muscle layer of the wall of the womb, which is a condition called adenomyosis – see opposite.

The classic symptoms of endometriosis are:

Women with the condition also report other symptoms, including:

Painful or heavy periods can also be a sign of a condition called adenomyosis, where endometrial tissue grows inside the muscle wall of the womb (myometrium) and responds to the hormonal changes each month, causing severe pain.

Around one in 10 women with endometriosis will have adenomyosis. It can occur in any woman who still has periods, but is most common in those aged 40-50 and in women who have had children. The most common symptoms are heavy, painful or irregular periods, and pre-menstrual pelvic pain and feelings of heaviness and/or discomfort in the pelvis. Less common are pain during sexual intercourse or pain related to bowel movements.

In at least half of cases, adenomyosis can be detected by an internal transvaginal ultrasound scan, but if that does not clearly show adenomyosis it may be necessary to have an MRI scan.

Treatment options for adenomyosis include:

Adenomyosis does not seem to decrease the chance of getting pregnant, but it may increase the risk of miscarriage or having a premature baby. It is important to reassure women that if adenomyosis occurs it is not because they have done anything wrong, and that it is not cancerous and cannot be spread between people.

Yoga, meditation and gentle exercise may help with painful periods, but women should always talk to their GP and ask for further help.

Unfortunately, with both endometriosis and adenomyosis some women will have difficulty finding a resolution that works for them. As ever, the role of the pharmacy team is to give them the most accurate advice and the best support possible as they continue on their journey towards diagnosis and treatment.

Discover more about dry and eczema-prone skin, advice you can share with customers and products you can recommend with these training materials brought to you by Aveeno

This module will help you to understand and educate customers about the risks of antibiotic resistance, and recommend products to help them effectively manage their sore throat symptoms.